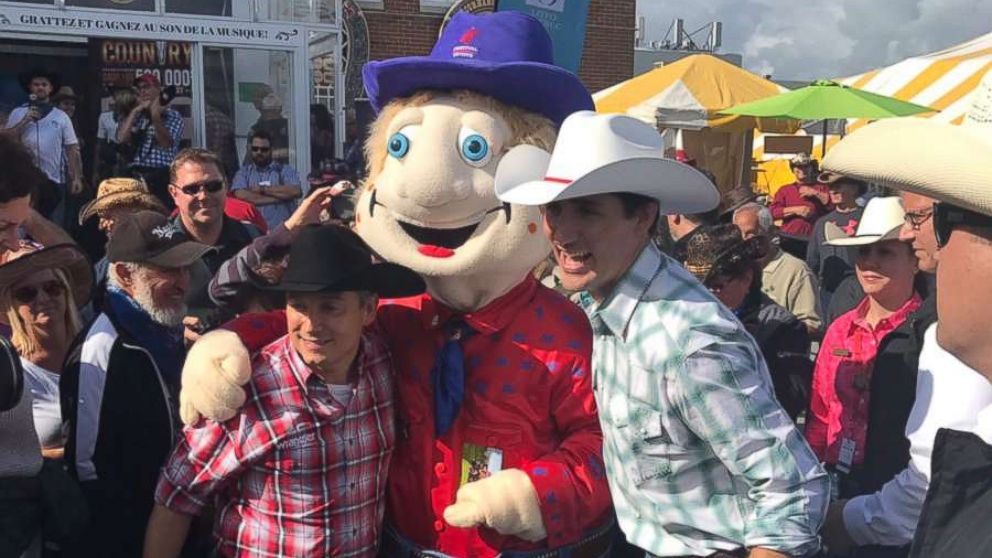 “Shortly after midnight on Thursday, the governing United Conservative party passed the Alberta Sovereignty Within A United Canada Act, after stripping away a contentious provision that would have allowed the provincial cabinet the power to bypass the legislature and rewrite laws.”

To which CAP respond in typically nihilistic fashion:

“If Justin Trudeau is going to destroy Canada, it must be done his way.”

Or rather, by way of a methodology driven by globalist ideologues and neo-communist Liberals. Admittedly, this is one sketchy area. Questions abound in CAP-land:

— Does PM Justin Trudeau desire as an end-game the dissolution of our country?

— Does Premier Danielle Smith’s Alberta Sovereignty Act circumvent, or accelerate plans for the decimation of Canada and its re-birth as an authoritarian state?

— Would Trudeau and his backers at World Economic Forum accept a  neo-communist Canada devoid of inclusion of Western Canadian provinces?

We imagine a future scenario: Trudeau and the Liberals facilitate full sovereignty for the province of Quebec. While the Feds eviscerate English Canada, Quebec and its distinct culture are preserved. What else would a Trudeau do but save la belle province from the cultural destruction experienced by the remainder of our country?

Leaving Ontario and Atlantic provinces to transition to the stuff of the Trudeau family’s dreams: a “no core identity” nation which, over time, fills its core with a 3rd World-dominated neo-communist society.

Then there are Canada’s Western Provinces. At a basic level, Premier Smith has established legislation to empower Alberta, providing the province with a degree of autonomy found only in Quebec.

To which legacy media act in kind– “It’s an outrage. Can you imagine? The nerve of this Smith person, going to bat for her local constituents.”

Canadian media hate this kind of thing. “If Canadian politicians are going to work for ‘the people, those people better be located in Syria, Somalia or Haiti.”

No surprise that CAP see things differently. In Saskatchewan, Premier Scott Moe has just said no to Trudeau’s seizure of guns.

“Saskatchewan has introduced a new piece of legislation it says is aimed at protecting law-abiding firearms owners. The Saskatchewan Firearms Act passed first reading on Thursday.”“

“Manitoba has consistently stated that many aspects of the federal approach to gun crimes unnecessarily target lawful gun owners while having little impact on criminals, who are unlikely to follow gun regulations in any event.”

Do we detect cohesive push-back against Ottawa ramping up among Western Canadian provinces? Is this a nascent sign of political power consolidation in the West?

If so, you can bet your bottom Chinese yuan that Trudeau hates it. And if he hates it, so too does mainstream Canadian media.  Who knows if Mr. Trudeau would be happy with a future structure of this nature.

More likely it is that Canada’s ersatz dictator wants all of Canada–with the exception of distinct society Quebec— to go down in the neo-communist flood. The more destruction, the better, being his modus operandi.

As it happens, Team Trudeau has a card-up-their-sleeve called First Nations Canada. They don’t want the Liberal’s gun restrictions. Dollars-to-donuts Trudeau accommodates–leaving our Old Stock communities the target of gun confiscation. This we have seen before– during China’s Communist Revolution, as one example.

“It’s not like Ottawa is a national government,” said  Premier Smith.

Oh my goodness. Logic, common sense, objectivity, and an accurate analysis of Canadian Federalism. How CBC hate this kind of thing. Globe & Mail must be choking on their soy lattes.

“This is not post-modern Canada. That creature has no logic. Based purely on emotion, political correctness and WEF-inspired communism, we must appeal to the passions of the people.”

“This is how fascist governments of history had their success, and that’s the bag we work out of.”

We stumble on the great globalist paradox of modern times. Trudeau, Hussen, Alghabra, Mendicino, Blair, Guilbeault, Rodriguez, and the rest hold fast to a post-modern ideal:

If it’s good for Old Stock Canadians, Conservatives, Anglophones or Christians— forget about it. If the benefit goes toward Syria, Somalia, Afghanistan or Chad, go for it with full gusto.

What an absurdity it is. Cultural Action Party are very much impressed with Premier Danielle Smith. Thus far, that is. In turn, we understand how media would interpret such a stand.

CAP is racist. To heck with ’em– we have no respect for Liberal snowflakes and their ilk.

Is Justin Trudeau in the process of destroying Canada with full intent? Perhaps only Liberal MP Iqra Khalid’s hair-stylist knows for sure.

Whatever the bottom line, one look at Justin Trudeau tells us trouble is his middle name.