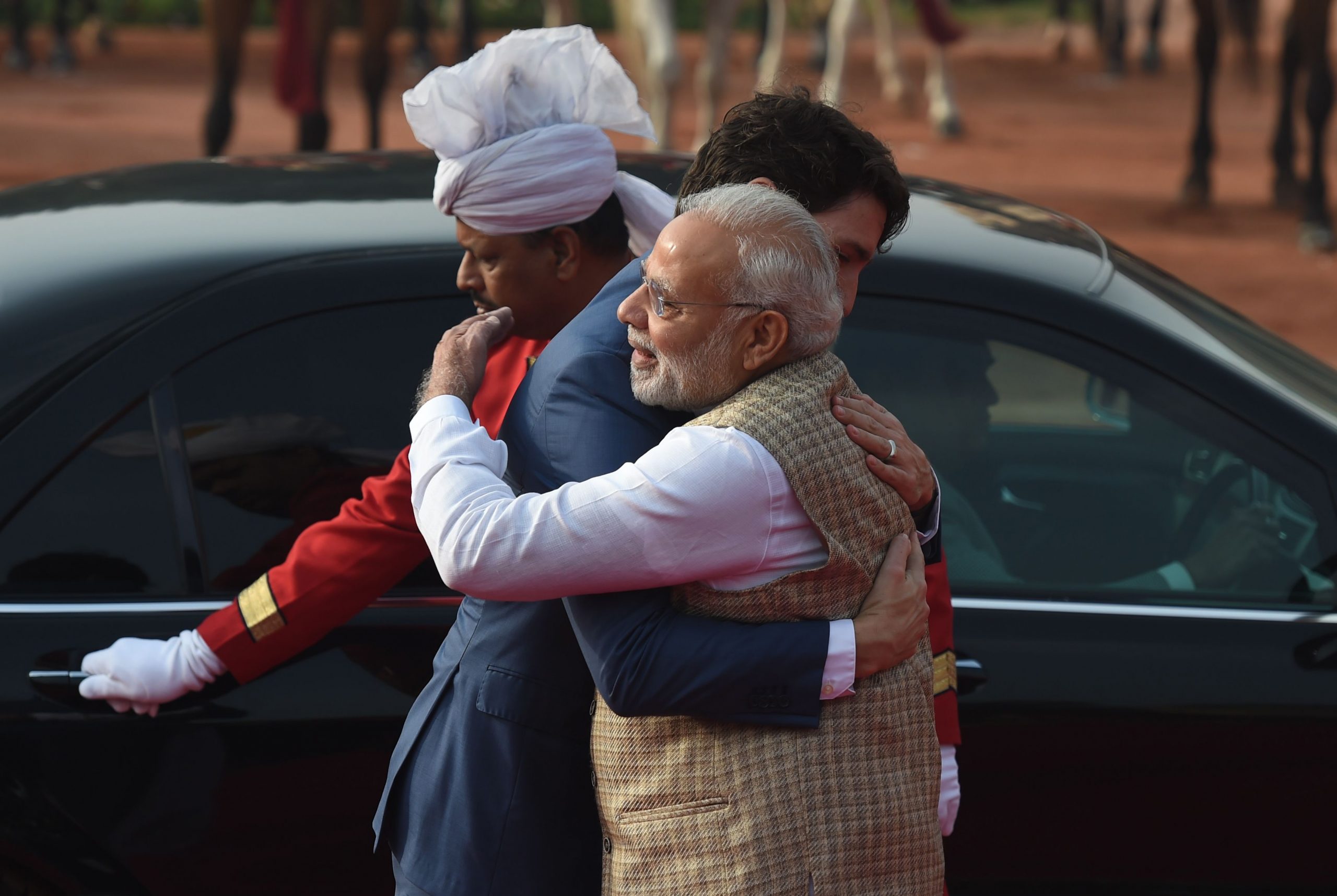 Toronto, Ontario (CTV Network) — “Shortly after the federal government unveiled plans for its ambitious goal of seeing 500,000 immigrants arrive each year by 2025, The Immigration, Refugees and Citizenship Canada (IRCC) published its strategic objectives for Asia and the Americas.”

CAP hope readers will concur when we say that our Liberal government’s priorities for immigration continue to maintain a common theme. Asia, Middle East– yes. “The Americas”– not so much.

China: “The IRCC engages in talks with China on an as-needed basis to handle mutual irritants such as long wait times for visas.”

In terms of immigration, Asia, Middle East, communist nations and Islamic theocracies remain number one on the charts. It is bound to stay this way for a long, long time. As it has been since the day Mr. Trudeau gained control over Canadian society.

“Mutual irritants?” My, my– our government speaks as if Canada exists to minimize irritants experienced by Chinese migrants to our country. In post-modern Canada, this is a given. Nowhere within the rhetoric do we read that migration to our nation constitutes “privilege.”

Then again, it’s less of a privilege than ever before. Away from the media obfuscation, insightful citizens note the symbiotic relationship between Trudeau’s Canada and communist China. As it transpired, the Trudeau government are not simply importing China to Canada, they are emulating their style of governance. What a coincidence it is that China’s dissemination of the Covid pandemic has resulted in replication of communist social structure in Canada.

Control of citizenship, crackdowns on free speech, internet censorship, Digital ID, as well as pending emulation of China’s “Social Credit” system. CBC say nothing, Globe & Mail print nothing. Could they be “on the take” from government?

Pakistan: “In addition to working with the government to help relief efforts for those affected by the crisis in nearby Afghanistan, Canada wants to boost overall immigration from Pakistan even more.”

Ever notice a particular theme within the Liberal’s plan to create a post-modern dictatorship? CAP refer to this as the “insatiability” factor. More Immigration. More Refugees. More programs to battle so-called “Islamophobia.” More LGBT, more abortion, more Euthanasia, an extra dose of Transgenderism.

Never show appreciation. Never be satisfied. Do not stop complaining; do not cease to scream racism, homophobia, bigotry, xenophobia and genocide. This way, one day the country will be yours. Communities which exist as a punching bag for the misery of the Multicult— Anglophones in particular— will fade to the periphery of society.

500,000 migrants per year for two decades will result in fulfillment of the deepest dream of PM Trudeau:

These are the covert intentions of Trudeau’s Liberals via immigration policy. Add up the rest– Family Reunification, Provincial programs, Foreign students, Foreign workers.

Magically, the half million transitions to one million new Canadians per year. Enough to dwarf our Anglo-European populations. A large enough quantity to transition white Canadians to a minority community.

Not a word on the eventuality is transmitted to our general population. In all fairness, if a government of a western democracy has plans to fundamentally alter the fabric of a country, you would think they would have the decency to inform our citizenship of what is taking place.

Say no-go on this one. Justin Trudeau would rather fool us instead.

Afghanistan: “As part of its mission to strengthen support and protections for refugees and vulnerable communities around the world, Canada has committed to accepting more than 40,000 Afghan refugees.”

We witness another piece of tedium from the Liberals. It is not “Canada,” it is our ruling government. Always and forever, policy enforcement is positioned as “what Canadians want.” It’s a stone-cold lie. The chasm between government and the people has never been greater. In 2022, the Liberals and the people are diametrically opposed. At least for our “Old Stock” communities. Patriots know who we are. We’re the people that our PM couldn’t give a flying fig about–unless they are Quebecois.

Bangladesh: “Canada has indicated that it intends to collaborate closely with the Bangladeshi government to improve the calibre and scope of migration initiatives.”

This nation is the eighth-most populous country in the world, with a population exceeding 165 million people. Islam is the country’s dominant religion.

“Bangladesh has a secular constitution but marriage, divorce, alimony and property inheritance are regulated by Sharia Law for Muslims.”

How “progressive” they are. A perfect fit for PM Trudeau’s vision for the future of Canada. We note the constant priority for Islamic nations by way of our Liberal government.

If it isn’t Islam, than it must be the 3rd World:

India: “This country has long been a big contributor to Canadian immigration. According to the IRCC, 25 per cent of the total number of permanent residents in 2019 were from India. The IRCC will continue to further Canada’s interests by promoting economic and social relations with India while simultaneously boosting the size of its immigration efforts from the nation.”

What to do? Say hello to the New Canadian Order. While Justin Trudeau hands out winter jackets at Pierre Trudeau Airport in Montreal, may as well say our goodbyes as well.

Goodbye, English Canada. While our Quebec-centric Liberal government approve sovereignty for la belle province, the opposite is true for the remainder of Canada.

We are to go down with the great ship of democracy. Any complaints, and our communities are branded racist. This is how you seduce a country away from its traditional governance, traditions and values.

CAP said it on day one of Justin Trudeau’s tenure, and we say it again now:

Justin Trudeau is not only the deliverer of a 3rd World-dominated society. He will forever be the PM who betrayed Anglo-European Canada, in addition to the politician who gave birth to the death of Canadian democracy.