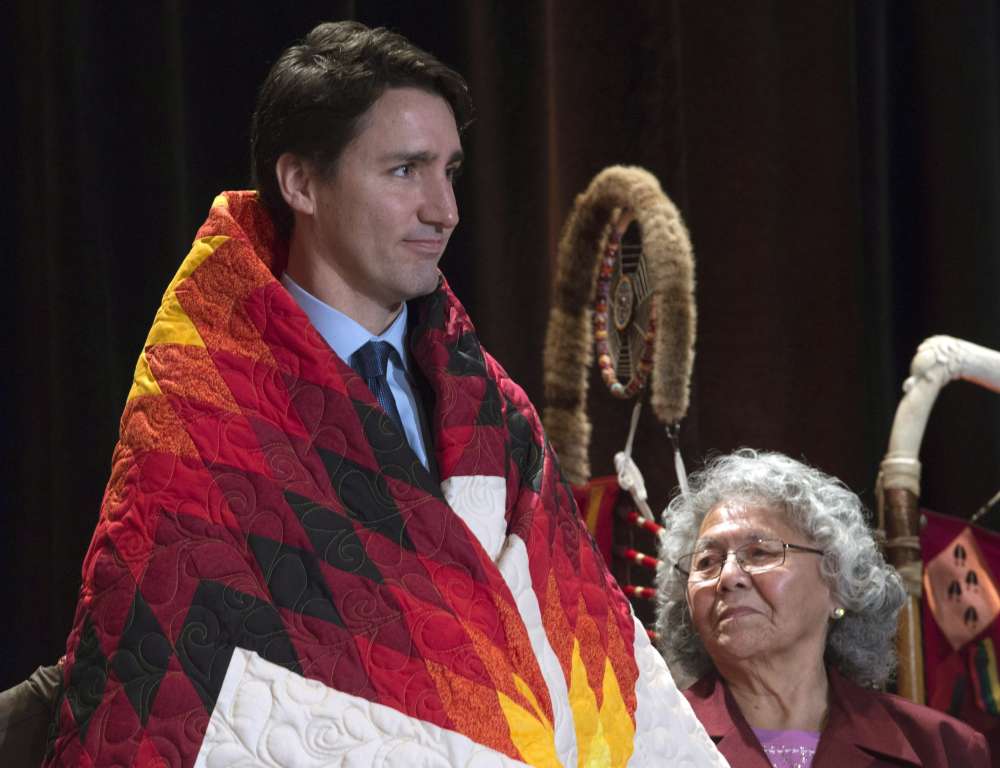 A group of Canadian lawyers has formally requested the International Criminal Court to investigate the Vatican and the Canadian government for crimes against humanity.

According to CBC News, the investigation could lead to the “prosecution of employees, agents and actors of the Catholic Church and Government of Canada who were involved in either the creation and/or coverup of the burial grounds,” said Canadian lawyer Brendan Miller.

A critical development this is regarding a discovery of over 200 bodies of Aboriginal children beneath a Canadian residential school.

For one thing, Cultural Action Party are surprised that Liberal government-funded CBC News reported this news. Yet, in typical fashion, they have reduced the impact through the following headline:

Do tell, fellow patriots–would you describe a charge of crimes against humanity to be so innocuous that it doesn’t belong in the article headline? Such is media positioning on what may become the most explosive news development in recent history.

Speaking of media complicity, let CAP post a piece of evidence tossed out the window by mainstream Canadian news organizations:

At no point in our history has Canada qualified as a theocratic nation. As such, religion has never held jurisdiction over and above government. To argue otherwise in a court of law would be a falsehood. The funding of residential schools flowing from government to church is an historical fact. Adhering to logic, it is fair to state that if government wanted residential schools to become non-existent, they would have pulled the funding.

To be fair, our accusations are directed toward bi-partisan government. Both the Liberal and Conservative Parties are are responsible, in addition to the Canadian church. What sticks in CAP’s craw involves a step beyond this into public positioning from the Trudeau government.

Justin Trudeau has thus far eschewed Liberal government responsibility. His words speak only of culpability of the church. Not a word of condemnation coming from our current prime minister hints in any fashion toward government’s role in the persecution of Aboriginal Canada.

The Truth and Reconciliation Commission has published 94 calls to action based on a study of the known history of residential schools, and their lasting impact on survivors in 2015.  A 2019 study by the Yellowhead Institute determined that only 9 of the 94 calls to action had been completed[by the Liberal government].

Justin Trudeau: “we will always stand up for minorities and persecuted communities of Canada…”

He and his government have not done so. Beyond the facts, a bitter notion has reared its ugly head within 2021 society. CAP is not sure that anything exists that will prevent the Liberals from being re-elected in a future federal election. And the one after that, and the one after that.

SNC Lavalin didn’t do it. Nor We Charity. Not Aga Khan vacations, Jody Wilson-Raybould firings, or any other scandal. We doubt the residential school debacle will do so either. Nor even a law suit alleging crimes against humanity.

Why not? The reason is deceptively simple: Canada is not a true democracy.

Prime Minister Justin Trudeau said the Canadian government has to “acknowledge the truth” and that residential schools are “a tragedy that existed here, in our country, and we have to own up to it.”

It will not occur–certainly not in a form in which Trudeau acknowledges the Liberal Party’s role in systemic oppression toward Indigenous communities.

Conversely, this is the outcome that will continue to permeate society:

Polls suggest the Liberal party will  secure the majority government it failed to win in 2019. According to the CBC’s Poll Tracker, the party would win around 171 seats if an election were held today.

What an incredible state-of-affairs this is. Talk about Canada’s “teflon kid” in action. Immutable, omnipotent, all-powerful. Historical Liberal Party responsibility for persecution/deaths of First Nations peoples? Not a problem– nothing shall stand in the way of Trudeau’s Great Reset agenda for deconstruction and re-birth of Canada in the image of all he admires.

Communism, dictatorships, totalitarian societies. In truth, this is Justin Trudeau’s bag– as it was for Papa Pierre Trudeau. Has media forgotten to point out that Trudeau Sr.’s Liberals were fully responsible for the oversight of residential schools from 1969 to 1978?

Conveniently, this appears to be the case.