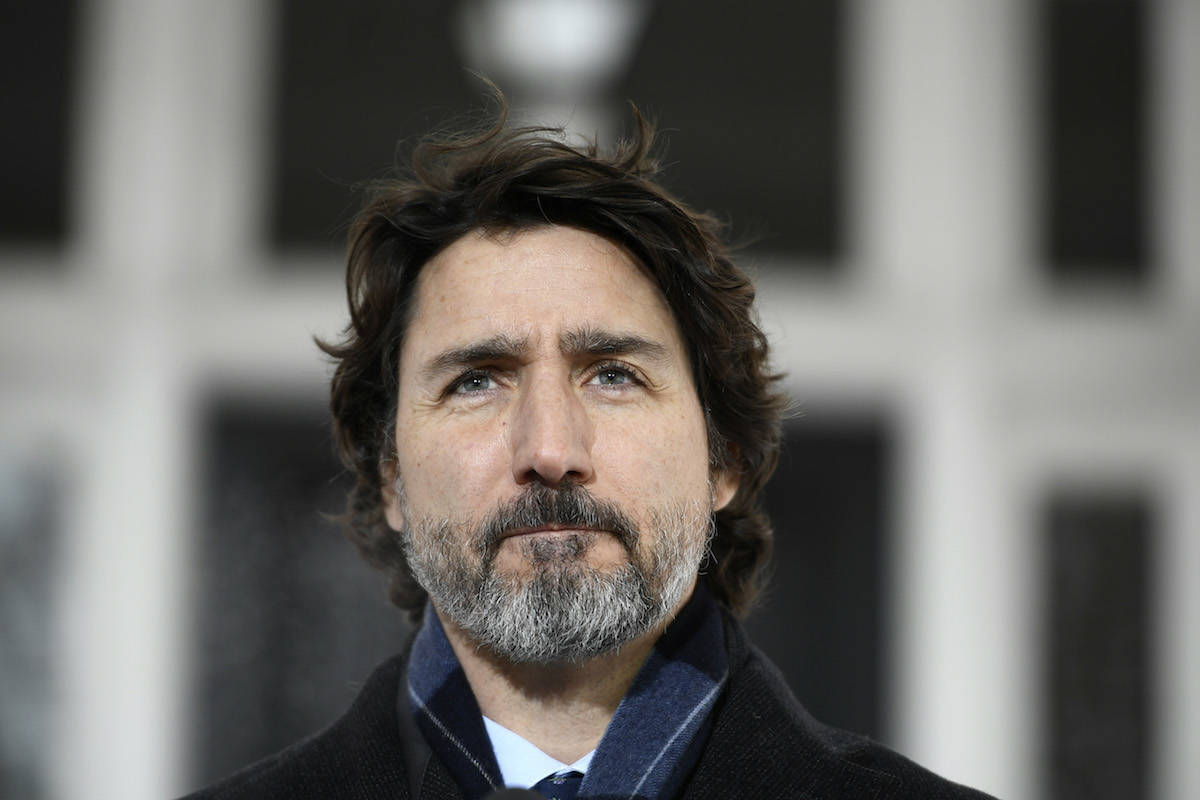 “I’m happy because he confirms that we were right when we said that we can unilaterally amend the Constitution to say two things — that, first, Quebec is a nation, and second, that the official language is French in Quebec,” Premier François Legault said at a recent news conference.

In sharp contrast, Emmett Macfarlane, a University of Waterloo professor specializing in constitutional amendments, is quoted as arguing Bill 96 goes well beyond the claims that it makes.

According to Macfarlane, “Trudeau was abdicating his duty as prime minister by agreeing Quebec can alter the Constitution by itself.”

“He should stand up for (the Constitution) or resign,” he said.

“He” will do neither. Rather, Justin Trudeau will continue on being himself: a media protected pseudo-dictator working a Great Reset agenda of national transformation. Within the agenda, rule of law is being incrementally superseded by rule of government.

In other words, our PM is engaged in a pre-conceived program to transform Canada into a socialist dictatorship. Trudeau’s empowerment of Quebec society and culture is in reality an exemption from the destiny in store for the remainder of Canadian society.

As reported by the Montreal Gazette, Marlene Jennings, president of the Quebec Community Groups Network, has serious concerns regarding Bill 96.

“Trudeau’s remarks — in which he agreed Quebec can rewrite certain sections of the Constitution to insert new provisions establishing the province as a nation and affirm that the only official language of Quebec is French — have surprised and disappointed Jennings.”

Ms. Jennings mentioned the bill’s over-broad use of the notwithstanding clause, a move she believes will override fundamental rights to shield the bill from the courts.

The notwithstanding clause permits  governments to suspend the rights in section 2 and sections 7 to 15 of the Charter for consecutive five-year periods.

What Jennings is driving at is a sublimation of democratic process by the negation of due process within Canada’s legal system.  Attorney General David Lametti, arguably Trudeau’s greatest legislative conniver, is working at rapid pace to deflect and rationalize Quebec’s bid for elevated cultural autonomy.

And why wouldn’t he? If Bill 96 passes, it will all but solidify mass Liberal voting for the next federal election. Having Ontario wrapped around his finger by way of the Liberal-3rd world stronghold in the Greater Toronto Area(GTA), the next election will be over faster than Trudeau can say “His Highness The Aga Khan.”

Meanwhile, Mr. Lametti throws a bone to the remainder of Canada by quoting that, with some exceptions, “the legislature of each province may exclusively make laws amending the constitution of the province.”

Cultural Action Party look forward with trepidation to the day Alberta or any western Canadian province attempts to do this. Struck down by lighting will be an understatement if and when this day arrives.

Of course, this is exactly what Premiers and their Legislatures outside of Quebec should attempt to do. Replicate the autonomy Quebec is privileged to maintain. Naturaly. the chances of overcoming distinct society measures as created by former PM Pierre Trudeau will be a giant challenge.

CAP will only state what we believe: English Canada and its Anglophone communities are being disempowered.  This post-modern phenomenon is putting the screws to any bid for the maintenance of what some call an Old Stock Canadian identity.

For Justin Trudeau, such an endeavour only stands in the way of his goal to become the “founding father” of a post-modern, non-democratic Canada. To fulfill the vision, all remnants of English Canada must be fully dealt with.

Such is the agenda inherent in Justin Trudeau’s green light for French-Canadian nationalist interests in the dying “Great White North.”