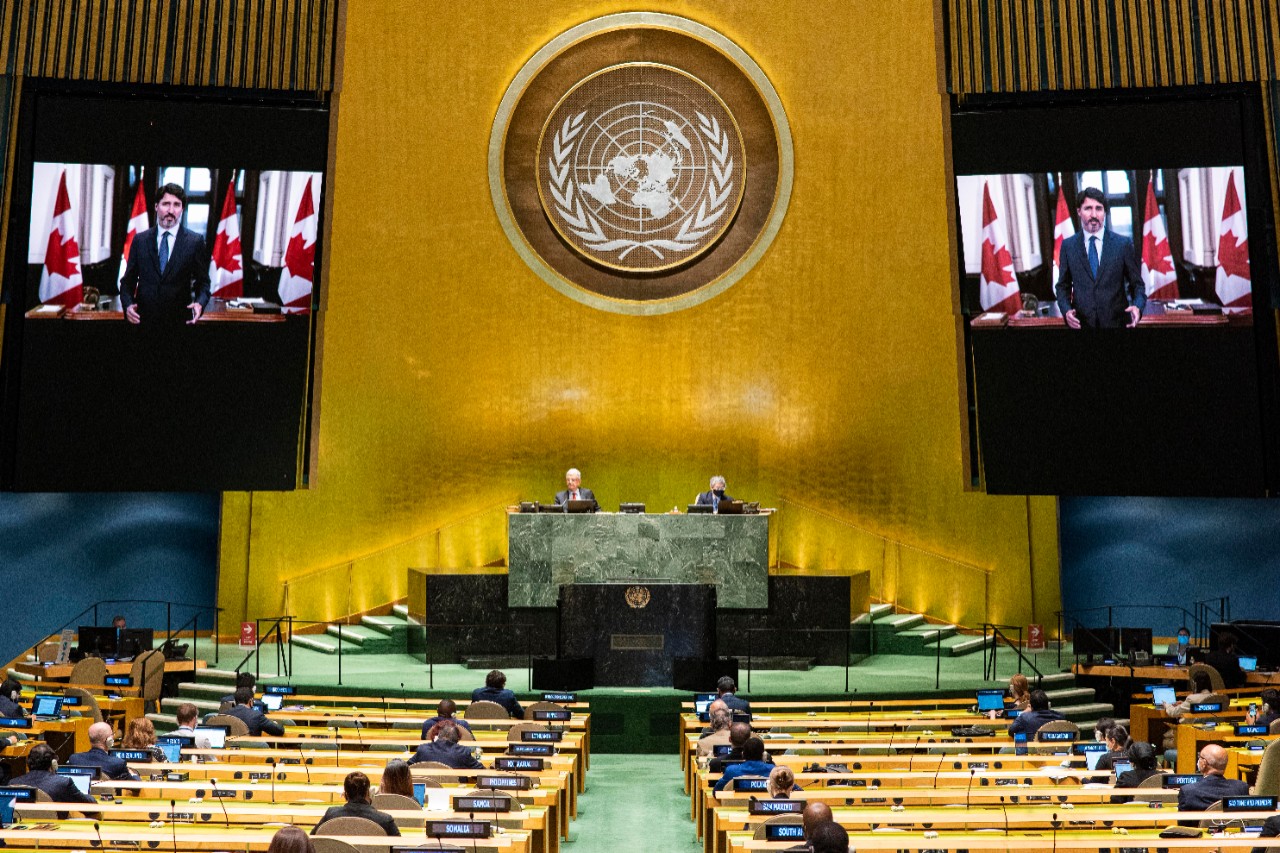 The career of controversial Canadian historian Conrad Black evokes the essence of a “checkered past.” Mr. Black has scaled the heights of media accomplishment, while also falling to low points such as being convicted on four counts of fraud in a U.S. District Court.

No matter the opinion, no one can deny his qualifications as an expert historian. Black is nothing short of an intellectual powerhouse. This is more than likely the reason for his attitude of astonishment regarding contemporary Canadian society.

In this regard, consider what Conrad Black has to say in a recent National Post article:

“The whole tenor of public discourse in this country has become so absurd that Canadians should consider if we are, as a nationality, taking complete leave of our senses.”

How about we cut directly to the chase: there exists a tangible catalyst for this social dynamic. It is none other than Prime Minister Justin Trudeau.  Since that fateful day in October, 2015, our country has undergone its greatest social transformation in the past 100 years.

Attempting to provide a macrocosm for present-day society is formulated in the following: from a social perspective, Canada is a mess. In no manner is this an abstraction. The recent murder of a Muslim family in London, Ontario–as well as myriad “micro-aggressions” related to racist behaviour–  attest to this conclusion.

Toward what can one direct responsibility for this state of society? Cultural Action Party will admit what is obvious: we place at least 88% of the blame upon the shoulders of Justin Trudeau. His first major policy decision set the stage for social conflict– a decision to import 35,000 Syrian refugees to Canada.

From the Canadian-born, “Old Stock” perspective, this was to create a social dynamic which continues to this very day: Justin Trudeau cares more about non-citizens than he does about actual Canadians. For the past five years running not the slightest variation in this can be detected from the PMO.

As such, resentment among Anglophones began to build. And build, and build– and never cease building. The fascinating part is that to this day, no one in government has recognized the pattern, while no one in media appears to care.

What can and should be perceived is the following: no matter what transformations occur within society, the fundamentals of Trudeau government policy never change. Written-in-stone they are. An immutable form of political fundamentalism it is. The inspiration of which has never–not for five minutes— become part of media discourse.

The paradox as CAP see it: the Trudeau government are utilizing totalitarian political practice to fool Canadians into believing that our nation is an authentic democratic society.

“Canada should try to lead the world in addressing these issues constructively, and not in misplaced and simpleminded self-degradation. That should be our answer to those trying to rename Ryerson University, evict John A. Macdonald from our national consciousness, and abolish Canada Day as a result of conjurations of misplaced shame.”

Here, Mr. Black speaks of the self-hatred dynamic that flowered subsequent to Justin Trudeau’s instalment upon the Canadian throne. Who honestly believes this aberration is the result of natural, organic forces? It is an impossibility. No other nation on earth has found itself maintaining self-abasement of this nature. It is obviously a manufactured condition.

Nations do not go around hating themselves. Nor would they shout it out to the world if they did. No– there is something unique about this within Trudeau’s Canada.

National transformation is the purpose. Canada is ear-marked for transformation, and re-emergence as non-democratic society. Conrad Black is picking up the “vibe.” PM Trudeau has known it from day one–because he has been assigned to lead this “silent revolution.”

Of course , it wouldn’t be silent if not for establishment media. Bought and paid for right out of the gate in 2015, media perpetuate the exact messaging of the Great Reset agenda:

Canada is a racist, bigoted, homophobic, xenophobic and genocidal nation. Quite a trip it has been from the “1-2-3 Canadians we love thee” ethos that died once another Trudeau–this time Pierre came along to inform our country that we hate ourselves.