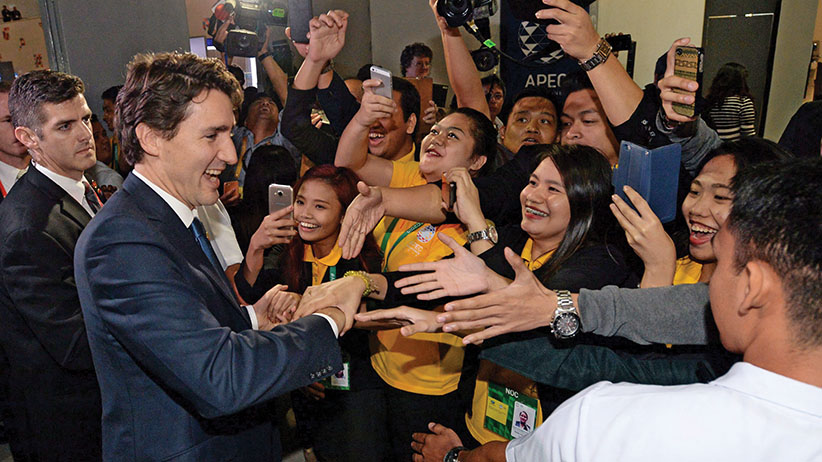 The Theatre of the Absurd is a designation for plays of absurdist fiction written by European playwrights in the 1950s. These plays generally focus on ideas that express what happens when human existence lacks meaning or purpose.

One does not have to be Antonin Artaud to recognise an affinity with Liberal governance in Canada. Absurdist theatre of a political nature is all the rage within our post-modern society.

Such as it is that just ten percent of Canadians polled say they are happy with the outcome of our recent federal election. On this basis, how did Justin Trudeau get re-elected for a third consecutive term?

The source article from Global News delivers myriad statistics on the situation. Never do they speculate on the query Cultural Action Party puts forth. Have federal elections transitioned to an absurdity? If so, is it possible this is intentional?

A thematic thread is found within post-2015 Canada: all political roads lead to an undermining of core elements of governance. Begin with democracy, and continue through to rule-of-law.

For brevity’s sake, CAP will not deliver a litany of anecdotal evidence. Long-term readers of our material will be aware we have provided this ad nauseum. Let us consider just one– it’s called Covid. No social phenomenon has ever provided an impediment upon personal freedoms like global pandemic dissemination. The result being a sublimation of basic rights–along with the “coincidence” that mainstream media refrain from analysis of the phenomenon.

“Conducted from Sept. 24-26, the poll suggests Canadians are more sanguine(positive in a bad situation) about the result, possibly because they’re lukewarm about Erin O’Toole’s leadership.”

The Conservatives would have lost regardless of designated leader. The Liberals didn’t win– the United Nations, China and theocratic governments did.

“Both O’Toole and Jagmeet Singh have faced some calls from within their own ranks to step down after their respective parties’ disappointing finish.”

Global News neglect to mention that Justin Trudeau became prime minister with the slimmest share of overall electoral support in history. O’Toole may be shipped out, but it will be a cold day in the Sahara when Singh steps down.

“82 per cent of NDP respondents said they want Jagmeet Singh to remain as leader of the New Democratic Party.”  Witness the bucking of the trend. Three elections, and NDP seat count is lower than when Mr. Singh began.

Political leaders of “new arrival” stature do not step down. The removal of the current NDP leader will be akin to pulling teeth. Pourquoi? Because there is a chance he could be replaced — heaven forbid–by a “non-new arrival” male candidate.

“One main reason given for not voting were physically or mentally incapable — 13 per cent.”

What common-sense Canadian wouldn’t be mentally ill after six years of  Justin Trudeau?  Either that, or blasted on the weed his Royal Globalist legalized in 2015.

The absurdities never cease. Yet in truth, it is no laughing matter. Beyond the media copy lies a grim piece of reality: personal freedom and democratic governance are just so “2014.”

The Conservative Party has been systemically transitioned to a dinosaur. Re-brand, re-launch–or never win again. With the NDP returning to play back-up globalist quarterback, the Liberals will remain in office in perpetuity.

Have you heard the news? The least popular federal government of all-time — one that 90% of Canadians dislike–are locked into office for life. Absurdist politics of an anti-democratic nature continue to roll.