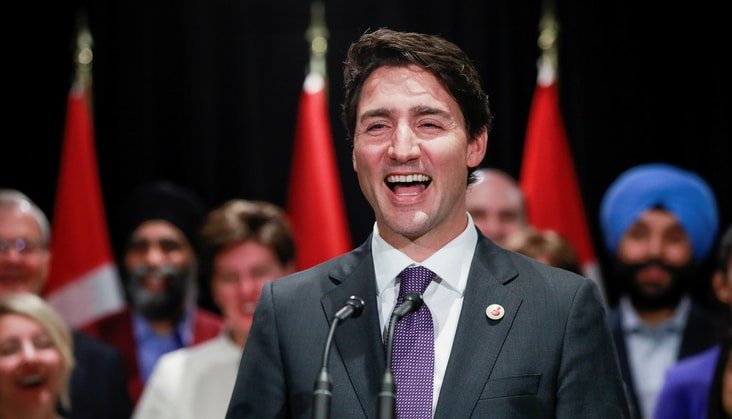 “If 69 per cent of Canadians think the country is “broken,” as a DART & Maru/Blue poll conducted for the National Post suggests, that means it’s not just one kind of Canadian: not just Albertans furious about their landlocked bitumen; not just Quebec nationalists who feel Canada cannot accommodate their perfect society.”

“It is not  just those who think it absurd that a provincial pipeline dispute in northwestern British Columbia could shut down the Canadian National Railway almost four provinces away for two weeks.”

While this line of sober thought is a much-needed approach to Canada’s current state of social chaos, this and all other mainstream Canadian media outlets are purposefully omitting a critical element of the equation:

All this social calamity is supposed to occur. There is nothing “random” about pipeline protests, or any other element of Justin Trudeau globalist assault upon society.

Consider this thought: As CAP have gone on about incessantly, we believe one of the primary drivers of our nation downfall is found in the globalist machinations of billionaire George Soros, and his “army of socialist bandits.”

From here, consider that in some ways the pipeline protestors– majority of which are non-Indigenous Canadians-– are functioning as an ersatz “army” to instil social chaos within society.

A random occurrence? Not on a patriot’s life– this is pure, unadulterated globalist decimation of “traditional” Canada. It is a step in the process of a global agenda to transition the dying Great White North from democracy to dictatorship.

The methodology is as such:

Step 2— Flood Canada with immigrations from these sources to overwhelm Canada, and turn Anglophones into a minority community. Demonize and control said community by branding these people racists, bigots and xenophobes.

Step 3– Create social chaos within Canadian society. This is the pipeline component. Get Canadians bickering amongst themselves in no uncertain terms.

Step 4– Leverage both the international power grab combined with the domestic social strife to intentionally throw society into a panic. All the while, decimate the economy. All this is done for a singular purpose…which is:

Step 6– Inform the people of Canada that due to all this social, economic, and political chaos, Canada’s system of government MUST CHANGE. Convert Canada from a western liberal democracy to a socialist nation-state, and be done with everything Canada stood for during its first 153 years of existence.

And now for the “bad news”-– what is described herein is your Prime Minister, Justin Trudeau. This is his Cabinet, and social engineering MP Ahmed Hussen. It is CBC, CTV, and establishment media in Canada.

It is Canadian academia– U of T, Carlton, York, UBC, McGill, Ryerson, and the rest of the Marxist-Canadian university system.

This is YOUR CANADA— and it is being undone, transformed, and turned inside out by these “usual suspects.”

Back to the 70% of Canadians and their bleak outlook on society. Think this relevant to government’s approach to Trudeau’s approach to governance? Please–don’t make CAP cough into our Tim Horton’s cups. The 70% figure is 100% meaningless.

Pourquoi? Because public opinion is meaningless within a socialist society– and this is exactly what Justin Trudeau has brought to the once proud Great White North.

A Trudeau prime minister is by-default a Canada-hating prime minister. It was this way with Papa Pierre Trudeau, and under spawn Justin, the situation is infinitely more extreme.