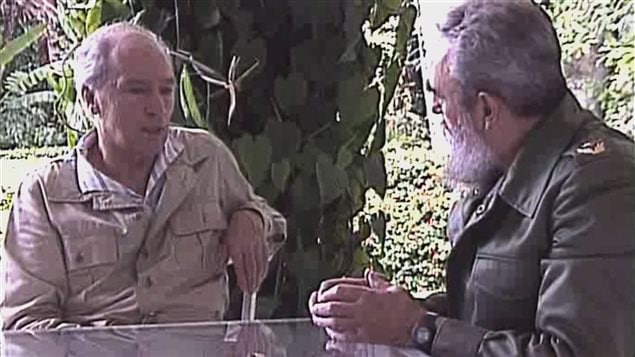 Few Canadians will have heard of an American named Alan Stang, a political critic who died in 2009. Accurately described as a paranoiac regarding communist infiltration of the United States, in 1971 Stang published an essay predicting the future of Canadian society.

Considered something of a quack at the time, “How The Communists Took Control Of Canada,” published in April, 1971, has over the decades evolved into a prescient work.

“The events of last year prove that if enough Canadians, with the help of enough Americans, don’t act soon enough to prevent it, Canada in a very short time will be a totalitarian dictatorship of the kind in Cuba.”

“The story starts with Prime Minister Pierre-Elliott Trudeau. In 1947, Trudeau was a student at the London School of Economics, founded by the Fabian Socialists to train Marxists and spread Marxism. Professor Harold Laski, then head of the Fabian Society, was publicly advocating violent revolution at the time.”

The Fabian Society is a British socialist organization whose purpose is to advance the principles of democratic socialism, rather than by way of revolution.

Talk about hitting the futurist nail on the head. Does this premise not fit into the concept of a non-violent social revolution from within? A post-modern revolution, if you will. Thus, the seeds of Canada as a communist nation were born.

In the year 1960, Pierre Trudeau travelled to China to participate in a communist victory celebration. There, he met his idol, Chairman Mao Tse-Tung. Trudeau describes his meeting with the communist dictator:

“It is a stirring moment: these greybeards, in their ripe old age, embody today the triumph of an idea, an idea that has turned the whole world upside down and profoundly changed the course of human history.”

50-years later, current Prime Minister Justin Trudeau hasn’t quite turned the world upside down. But he is well on his way to turning Canada upside down. The more an interested party drills down on “son” Justin’s politics, the more it becomes obvious that Trudeau Jr. is working a program for fulfillment of Pierre Trudeau’s socialist ambitions.

“It was the genius of Mao Tse-Tung to realize the extent to which his revolution must depend on the peasants, and he mercilessly suppressed the class that inspired in these peasants awe, respect, and submissiveness towards outworn traditions.”

Justin Trudeau’s woke revolution cannot depend on the peasants–so he imports them for purposes of fulfilling tenets of “democratic socialism.” Brand new Canadians, free of political bias, to assist in transformation to a one-party state. These people are not evil– they are pawns in a globalist game– all Canadians now are. This is, of course, a staple of an authoritarian society.

“In a big country like China, or like Canada, the best way to impose Socialism is to manipulate group after group and seize region after region,” said Trudeau Sr.

So let it be written, so let it be done. This is exactly what Justin Trudeau is doing to our country. Establish an anti-racism community. Develop a third-sex transgender community. Create an LGBT political entity. Import distinct Muslim, Sikh and Chinese communities.

Just as essential, demonize a largely white Anglophone and Christian element of society. As any card-carrying fascist understands, revolution is nothing without a designated villain community.

How perfectly all this has unfolded in the 50-years since Pierre Trudeau travelled to China to meet Mao Tse-Tung and learn communism first-hand from him. Media in Canada have told you nothing about this. Therefore, is is next to impossible that Canadians will gain awareness of the following:

Pierre Trudeau met with Mao Tse Tung in late 1970. In 1971, PM Pierre introduced(forced) Multiculturalism upon society. It was a mere eight months between the leader’s meeting and the introduction of multicultural ideology within Canadian society.

Cultural Action Party cannot verify such a thing. What we will say is that in our opinion, this is exactly what has transpired. Our days as a democratic society are numbered. A conspiracy theorist named Alan Stang pointed to the possibility some 50-years ago.

Delivering up an idea that the Liberal government of Canada, establishment media, and Canadian academia will hide until the cows come home: yesterday’s conspiracies can become today’s realities.

As denied by legacy media: from Pierre Trudeau to Justin Trudeau— a journey from freedom and democracy to a post-modern dictatorship.