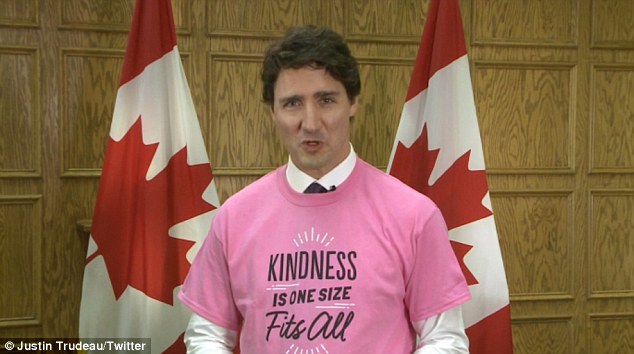 In July 2017, the Liberal government authorized a legal payout $10.5 million dollars to convicted terrorist Omar Khadr. Prime Minister Justin Trudeau defended the payment, calling it “the best choice under difficult circumstances.” After which Khadr received an official apology from the federal government.

An Angus Reid poll found 71 percent of Canadians believed Trudeau made the wrong choice in settling with Khadr. One has to wonder what poll results would say regarding a more recent example of terrorist treatment from the Liberal government.

A 2006 terrorist act known as the Toronto 18 case refers to the plotting of a series of attacks against targets in Ontario. It resulted in the arrest of 14 adults and 4 youths. The individuals were characterized as having been inspired by Islamic terrorist group al-Qaeda.

The Toronto 18 were accused of planning to detonate truck bombs, open fire in a crowded area, and to storm the Canadian Broadcasting Centre, the Parliament of Canada building, and CSIS headquarters.

One of the accused was a fellow named Saad Gaya. Since that time, things have not gone badly for this al-Qaeda influenced attempted murderer. In fact, life in Canada looks pretty darn sweet for the convicted terrorist.

Earlier this month, one of the RCMP’s national security investigators who helped bring down the Toronto 18 terrorist plots testified in support of Saad Gaya. He is currently pushing for this man to be granted a licence to practice law in Canada. RCMP Insp. Marwan Zogheib said he hoped support for Saad Gaya’s good character “means something to the tribunal.”

“The tribunal must decide whether Gaya, a convicted terrorist sentenced to 18 years in prison for his part in an al-Qaida-inspired plan to bomb the Toronto Stock Exchange, Canada’s spy agency, and a military base, is now of good character, a requirement to practise law in Ontario. A criminal conviction is not an automatic no.”

Something wrong with this picture? Of course there is. It began the moment Justin Trudeau became prime minister. Immediately he set the tone with a prophetic statement:

“The Liberal Party believes that terrorists should get to keep their Canadian citizenship …because I do,” Trudeau told a Winnipeg town hall. “And I’m willing to take on anyone who disagrees with that.”

Perhaps the audio was cut off at that point. Those interested missed the part about handing convicted terrorists enough money to purchase a luxury home and a shopping mall. Turns out Saad Gaya is also cut out for the good life in Trudeau’s “no core identity” Canada.

“The tribunal also heard details of Gaya’s disturbing past. They heard how Gaya joined a jihadist plot in March 2006, when he was a student at McMaster University in Hamilton. By then, the plot had already been infiltrated by police and the meeting where Gaya was recruited by ringleader Zakaria Amara was recorded by the RCMP.”

At the time of his arrest, Zakaria Amara was a dual Canadian-Jordanian citizen.  In September, 2015, he was stripped of his Canadian citizenship. By June 19, 2017, his citizenship has been restored.

Let us calculate the degree of outrage expressed by media in Canada. A simple task it is– there was none. How unreasonable is it to arrive at the following conclusion: under the leadership of Justin Trudeau, Canada is an Islamic terrorist-friendly country. Never mind the jail time, there’s major opportunity here for those plotting to blow up CSIS, the TSE, and the Parliamentary building.

CBC, CTV, Globe & Mail and Toronto Star don’t have a problem with it, so why should the average Canadian? Within this dynamic is a world of contemptuous government behavior. The very reason why none of it has hit the major media spotlight.