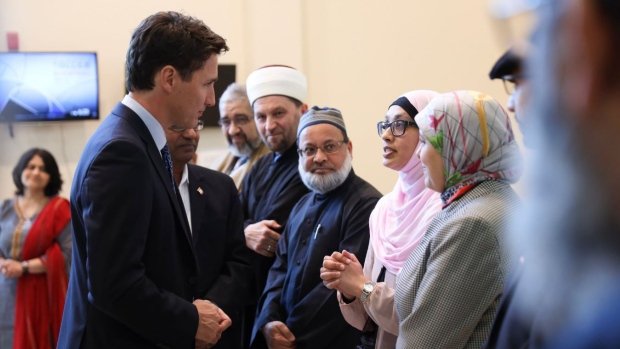 Recently, CAP stumbled upon a most enlightening article in the Toronto Sun News– “Ridings with most immigrants voted Liberal by a landslide – and other things we learned from federal election results”

CAP follow these issues very closely, and from what we have seen, this article exists as the singular piece that exposes the relationship between Third World immigration to Canada, and how this impacts which MP is elected as a result.

Only problem is this: the article was published in the year of 2015. How did Justin Trudeau’s posse of Liberal- Third World MP’s do in the recent 2019 election?

Quick Answer: Around three times better than in 2019–yet CBC, Globe & Mail and the rest say not a single word about this growing phenomenon.

CAP can see why. Simply stated, because more of this is coming to a Canada near you–much more. In fact, it is tenable that this development–as in, packing urban ridings with 3rd World migrants and the resulting election of Third World MP’s-– has the potential to trans-form Canada into an entirely different nation than that which existed for the first 150 years of Canadian history.

No wonder CBC say nothing. After all they are 100% on board with a degeneration of Old Stock Anglophone political power, and the corresponding transfer of this power to “new school” Third World Canada. Are CBC executives Third World Canadians in the main? Not at all.

As it happens, establishment media in Canada perpetually overlook his aspect of our changing society. CBC, Globe & Mail and the rest eschew all elements related to the trans-sition of power in politics from Anglophone Canada to Third World Canada, and their globalist backers.

Third World diaspora communities in Canada are being politically empowered like never before. Example: Brampton, Ontario–where 95% of candidates in their five ridings were Sikh Canadians.

Check this out as an example of “multiculturalism” according to Liberal-Globalist Canada:

Taking a look at the five Brampton, Ontario ridings, here are the results–

Multiculturalism in all its glory? Not for CAP–the only thing we see here is pure Sikh mono-culturalism.

Other Liberal Winners? Try this on for size:

How many pieces of “hate email” did Khalid inform Canadians she received after successfully pushing the M103 “Islamophobia” motion through Parliament?  By her own words, over 100,000 pieces of hate mail.

And still she wins her GTA riding. It is fair to say Ms. Khalid is one of the most hated MP’s in Canadian history– yet, naturally, she wins again. Sketchy enough for you, fellow patriots?

Okay, so we have established a tangible connection between Third World immigrant-dominant ridings, and the corresponding election of Third World MP’s. Now, let CAP speak of what CBC never speak of–the future of Canada in demographic terms.

Add to this Justin Trudeau’s brand new Rural Immigration Pilot Program, which will flood rural Canada with Third World migrants to the degree that a number of small towns will transition over time to white minority communities.

Media say nothing. Not one peep. Not a warning, no announcement, not a single word regarding the political, social and demographic disempowerment of Anglophone Canadians.

Curious, eh? On this basis, it is only a matter of time before a replication of Justin Trudeau’s urban Third World “power-grab” comes to rural Canada.

What can one say about such a development? Here it is: Canada is being entirely trans-formed before our very eyes. A social engineering program of the greatest magnitude is occurring right in front of the faces of millions of Old Stock Canadians.

CAP Prognostication: By the year 2049, white Canada will be a powerless minority community. In this regard, these folks will also be the singular community which fall out side of what we refer to as :The Great Multicult Protection Policy.”

Think about it–is this not actually the case right now–in 2020 Canada? Of course it is. True or False? A hijab-clad Muslima can run down white Canada in a Globe & Mail oped piece, and no one bats an eyelash at her behaviour.

Yet, if an Old Stock Canadian journalist directs such a thing toward Muslim-Canadians, it is a veritable “crime of the century.”

It is within this microcosm that our people will find the key to the disempowerment, and ultimate downfall, of “Old Stock” Anglophone Canada.