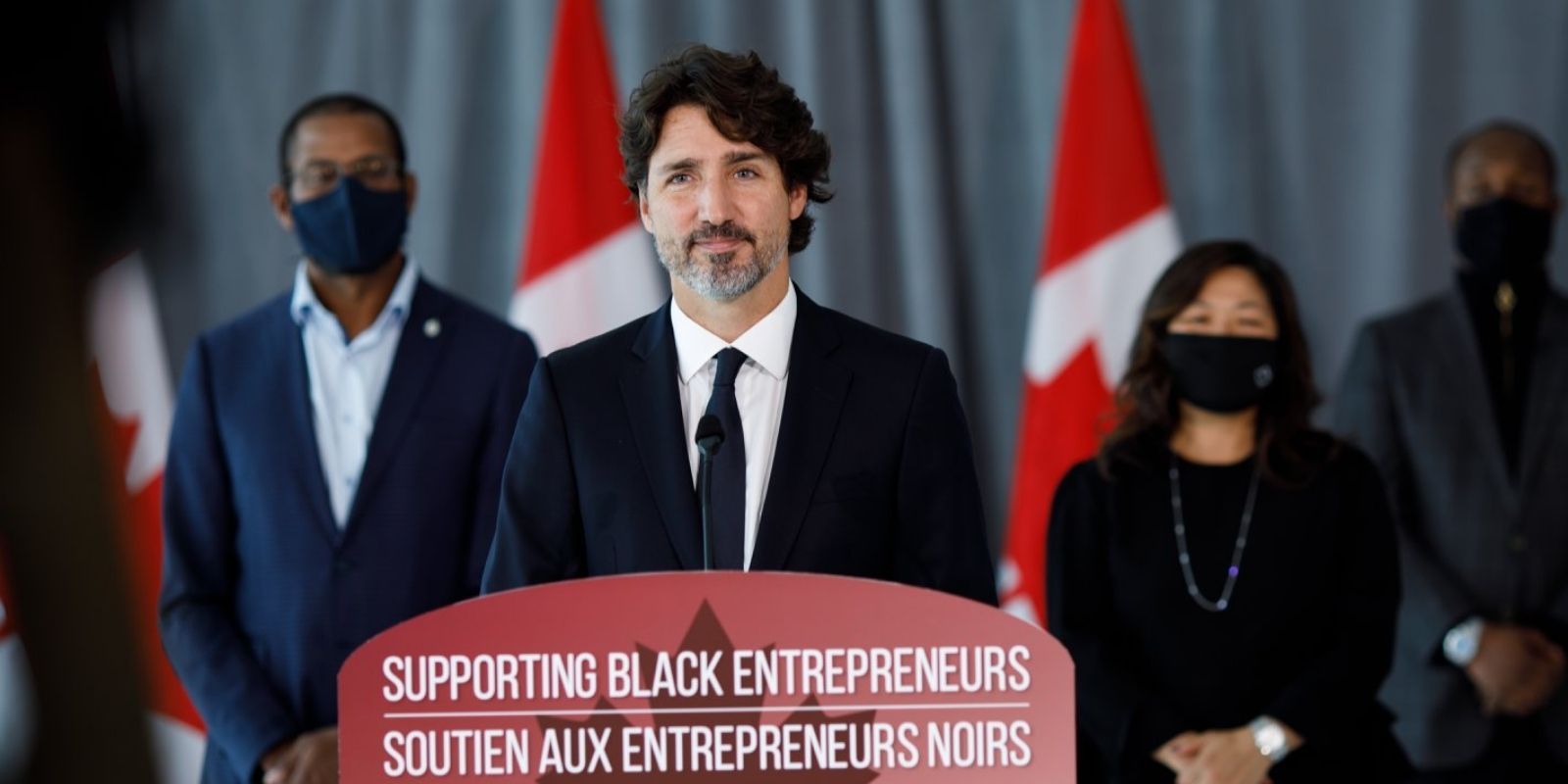 Prime Minister Justin Trudeau has had a busy 24-hours. Within a one day period, the newly established Liberal-NDP Socialist Coalition government accomplished the following tasks:

A triple play of draconian measures it is. Smooth sailing through the House of Commons it was, thanks to NDP Leader Jagmeet Singh’s agreement to play back up goalie for Justin Trudeau’s pseudo-communist Liberal team.

Beyond the actual events, recognition of a societal standard must be recognized. As Team Trudeau push our country ever forward in elimination of personal freedoms, push-back barely registers on the richter scale.

A reason for this exists, best captured with the word pre-meditation. If our national transformation was spontaneous in application, likely it would fail. Because the agenda is planned and pre-conceived, it has been a smashing success.

The first essential component is Justin Trudeau’s purchase of Canadian media. Without it, the primary weapon of national seduction wouldn’t have been possible: positioning loss of individual liberties as the best thing for our citizenship.

Disarming Canadian gun owners can only be a good thing, right? It logically results in fewer gun crimes and murders. To censor the internet is to reduce racism and hate crimes. To instill punitive measures toward the unvaccinated forces the obstinate to get the jab.

All for the benefit of Canadian society. Lost in translation is the fact that those who adhere to woke Liberalism are, in reality, giving up personal freedoms that will never return. For Cultural Action Party, this is the difference between those who buy what Justin Trudeau is selling, and those who do not.

We notice a particular trend within post-modern society: for 50 years Canada’s Charter of Rights and Freedoms served as the be-all and end-all of civil rights. As introduced under the government of Pierre Trudeau, the Charter has for decades served as a guiding light of personal freedoms.

Then came Covid, and the sublimation of those rights from the top of the legal, moral and ethical food chain. Media say nothing of the sort. We speak not of obtuse, abstract legal concepts. Rather, CAP reference that the fact that in basic terms, Pierre Trudeau(along with nine Premiers) instituted the Charter, and Justin Trudeau(along with an endless supply of yes-people) cancelled the Charter.

CBC, CTV, Globe & Mail, National Post, Toronto Star— not one of them points out the facts as they exist in the Covid era. Why not? Because they are being paid to tow the propaganda line of the federal government.

The result is a seduction of Canadian society. Position loss of liberty as a public benefit,  , and the general population will accept it. When a citizenship has never experienced authoritarian governance, all the more susceptible they are to Justin Trudeau’s brand of neo-communism.

Thus, the transformation of Canada from democracy to dictatorship. Here we discover the true reason why PM Trudeau falls all over himself to please “new arrival” Canadians. Having no relation to our history, they have no idea about the future being shaped by government.

In contrast to “Old Stock” Canadians, who frankly, loath everything about Trudeau’s political agenda. Thus, our branding as racist, bigots and white supremacists.

All of it making perfect sense– once a Canadian moves beyond the government-media-academic axis. “Powerless to the people.” If there’s a better motto for Justin Trudeau’s “no core identity” Canada, CAP has yet to hear of it.