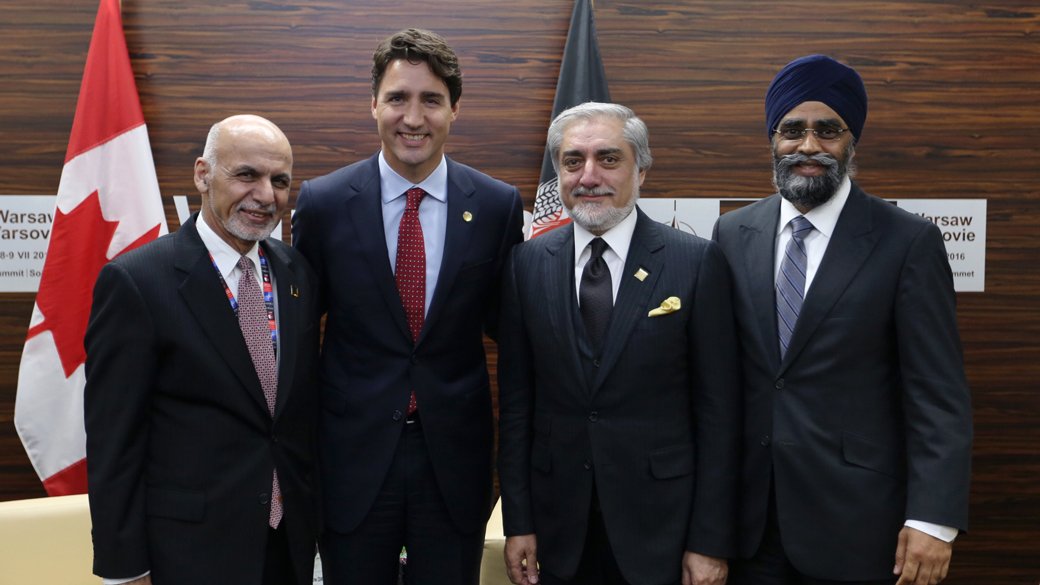 According to terrorism expert Tom Quiggan, in 2017 Prime Minister Justin Trudeau increased the amount of financial aid to Afghanistan by  $465 million dollars.

According to the most recent figures from Global Affairs, Canada has disbursed about $2.57 billion in total aid to foreign nations. Much of this money has gone missing.

Fears that the international community, including Canadian taxpayers, might have paid millions to fund non-existent students, teachers and schools adds to the mystery.

A report by the U.S. Special Inspector General for Afghanistan Reconstruction (SIGAR) gave credence to reports of “ghost students, teachers and schools.”

“Canada is currently undertaking the necessary due diligence to ensure that in the event that Canada’s funds have been misappropriated, that such funds are recovered and that the guilty parties are held to account,” said Jessica Séguin, a spokeswoman for Global Affairs Canada.

Interesting what a regular Canadian can discover when they throw aside CBC News and put some internet “elbow-grease”into uncovering the reality of Justin Trudeau’s billion-dollar giveaways to Middle Eastern and Islamic nations.

But here is the true kicker:

“I am not planning to make any changes to this commitment,” Bibeau said pending the outcome of the World Bank’s investigation.

Talk about a revealing comment. Let’s expand upon this a bit:

Although there is ample evidence of fraud regarding billions of Canadian foreign aid tax-dollars “misappropriated,” the Liberal government remains “cast-in-stone” regarding a continued flow of hundreds of millions to the Islamic dictatorship of Afghanistan.

Nothing changes. How appropriate. True, or not true– in terms of government positioning on the Middle East, the program is cast-in-stone. So is the Trudeau agenda of mass cultural destruction. Also qualifying is the globalist assault upon Canadian society–immutable, never-changing, cast in stone for all-time.

All written-in-stone. Any bells going off in your head about all this globalist malarky? Blimey– a paranoid Canadian might from this draw the conclusion that EVERYTHING related to Canada’s incremental transition from democracy to dictatorship is, in fact, written-in-stone.

As a corollary, CAP will add a public comment regarding these findings:

“I was in Afghanistan in 2009 leading a team of locals to train Ministry Internal Auditors in fighting corruption. We were told of so many existing corruption cases that the contractor I worked for shut down my training group because locals affiliated with some of the corruptees were complaining about our knowledge.”

That was the Bank of Kabul. Canada is foolish to think their money isn’t being diverted. The entire country relies on bribery, so any progress reports you get, unless from SIGAR (who I know) are suspect. Don’t rely on World Bank or others. They wink and avoid finding the real truth.”

Incriminating, is it not? Degree of which CBC, CTV, Globe & Mail, National Post and Toronto Star have exposed these nefarious, fraudulent deals to the general public?

CAP has found just one article which alludes to this situation, ironically sourced from CBC article published in 2018. Since this time, the story has been 100% buried by Canadian media. What a giant shock.

Previous to “post-modern” Canada, it was media’s job to expose critical, nation-impacting news of this nature. Then Justin Trudeau became prime minister. Slowly, from this point, Canadian media were trans-itioned by government to emulate the media style found in communist China–hence the giant omission.

Both the source article’s content, as well as the corresponding first-person assessment, confirms that misappropriation of funds exists regarding the hundreds of millions the Trudeau government have sent to Afghanistan, and other 3rd World nations.

CTV say nothing. Globe & Mail print nothing. No media entity in Canada dare touch this one with a 10-foot pole. The funding will continue unabated, according to Liberal MP Marie Claude-Bibeau.

Obviously, it is an “all hands on deck” situation as the Liberal government of Canada continue to work for the Nation of Islam–as opposed to the Nation of Canada.