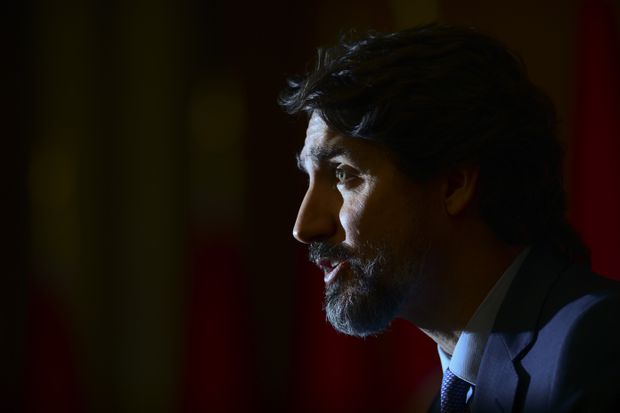 It’s the most curious phenomenon in the history of Canadian politics. A recap of 2020 reveals a similar situation in terms of related media coverage.

Justin Trudeau has been prime minister of Canada for just over five years. So many peculiarities exist in this time it would take five years to discuss them all.

At a basic level, a monumental shift in society has been the outcome. One of the fundamentals is a transition of establishment media into a political weapon working on behalf of our current Liberal government.

There was a time when Canadian media maintained a reasonable degree of objectivity. Those days are over. What has transpired within media during Justin Trudeau’s reign over society from 2015-2020 is truly astounding.

In simple terms, CBC and corporate media today function as a “protection agency” for the aspirations of Trudeau & the Liberals. What are they protecting?

It is here we get to the heart of the matter. Once upon a time, government existed to “manage” Canadian society– to improve the lives of Canadian citizens, economically and otherwise.

Say goodbye to this concept. What we have in 2020 is no longer management, but rather transformation.

PM Trudeau is the leader of an agenda to morph our society into a condition no Canadian asked for, or endorsed. Here we are speaking of the end of an epoch– from our nation’s founding in 1867 to the election of Justin Trudeau in 2015.

Justin Trudeau alluded to this with two proclamations right out of the gate– his branding of Canada as a “post-modern” society, and his proclamation that our country has “no core identity.”

No surprise–his comments were cryptic and euphemistic. It would take another five years for astute citizens to figure out what had really occurred.

What Cultural Action Party see as the agenda is the following: a shift from a democratic nation into a socialist dictatorship. The Covid pandemic is functioning as a critical component in the journey. Media are today employed to both facilitate and obscure this reality from 38 million Canadians.

In other words, this is a “partnership” dynamic– similar to what is found within Trudeau-family hero nations such as China.

No Canadian prime minister has ever worked so hard for so many non-Canadians. Like father Pierre Trudeau, son Justin Trudeau took the role of national leader and twisted it into something personal– the advancement  of their own subjective will upon society.

The synergy between father-and-son Trudeau is, in fact, massive. Media bury this in no uncertain terms.  It was Pierre Trudeau who personally forced  multiculturalism upon society in 1971.

for the past 48 years, Canadian media have buried the fact that multiculturalism  functions as anti-Anglophone policy. Simply stated, not one good thing has ever resulted for “Old Stock” Canada as a result of institutionalized “diversity.”

In basic terms, Justin Trudeau does nothing good for Old Stock Canadians. This person is perpetually focused upon the non-Canadian. For example, take his re-instatement of citizenship for ISIS terrorists:

“The Liberal Party believes that terrorists should get to keep their Canadian citizenship … because I do,” Trudeau told a Winnipeg town hall in July. “And I’m willing to take on anyone who disagrees with that.”

As it happened, a full 94% of Canadians disagreed. It made no difference to Justin–he went ahead with it regardless.

No prime minister in history has dedicated so many Canadian tax-payer dollars to 3rd World, African and Middle Eastern nations. For some reason, PM Trudeau enjoys buying the favour of despotic rulers.

Not a problem for CBC, CTV and Globe & Mail. Nor was Trudeau’s tweet to the world that non-Canadians– meaning illegal refugees– should rush the Canadian border from the USA by the tens of thousands.

Frankly, CAP could go on all day in this capacity. Suffice to say that Justin Trudeau is in reality an “unprecedented aberration” of a prime minister.

This man hates Canadian history and heritage, as witness by the running down of Anglophone Canada by way of a series of apologies to ethnic groups and special interest groups.

“We failed them” was Mr. Trudeau’s general refrain. CAP certainly have witnessed failure– but not the kind proclaimed by a prime minister who loathes the history of the country he was appointed to lead.

The true failure is found in the persona and behaviour of the 23rd prime minister of Canada. This unique figure exists as an inversion of an authentic national leader.

Justin Trudeau is the politician who was elected prime minister in October, 2015–and spent every subsequent day working for non-Canadians, be it foreign governments, the United Nations, or refugees of the world.

As far as the destiny of our nation goes, globalist extraordinaire PM Trudeau will not stop until Canada is transformed into his personal vision of a post-modern socialist dictatorship.