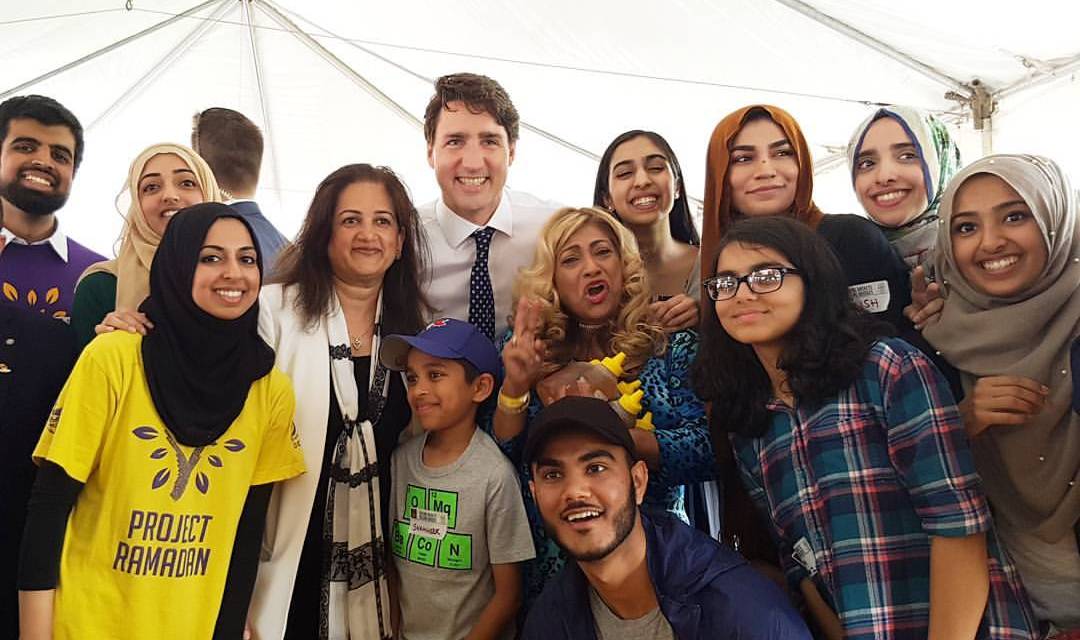 As 2020 unfolds, the future looks ominous as all-heck for the future of Anglophone Canada. The ink is barely dry on our new calendars, and already Justin Trudeau and the Liberals are off to the Third World “multicult” races.

Two new government immigration programs have quietly been launched. The first is called the Rural Immigration Pilot Program.  Positioned by media as a “solution” to Canada’s aging population and workforce, CBC and the rest eschew the side effects of this new immigration policy.

In truth, the policy is a giant “shot-in-the-arm” for Anglophone community erosion. In some towns, it is likely this program will trans-form these Canadians into minority communities. The other unspoken aspect is that the program will transition current Conservative ridings-– the ones the Liberals have not yet locked down by way of Third World immigration–into replicas of ridings such as Richmond B.C. and Brampton, Ontario.

Fact is, these ridings–and many more–  are “white minority” constituencies. Justin Trudeau & Co. will now begin to replicate this within rural Canada, and as a result, the Liberals will lock down these ridings as well as the urban ridings they currently control.

To provide an indication of what’s to come, CAP will “name names”–

Partial list of MP winners in the Greater Toronto Area(GTA):

How many pieces of “hate email” did Khalid inform Canadians she received after successfully pushing the M103 “Islamophobia” motion through Parliament?  By her own words, over 100,000 pieces of hate mail.

And still she wins her GTA riding. Not too sketchy, eh fellow patriots? Media say nothing–they have not written a single sentence about this giant Third World political victory, nor alluded to it in any capacity.

CAP Question Of The New Decade: Why doesn’t the Trudeau government simply inform Anglophone Canada as to their pending fate as a future minority, and eventual marginalized community within our society?

What’s the big secret, Mr. CBC? It is not more than obvious our people are on the receiving end of punitive government and media measures toward Canadians of European Heritage?

Okay, Globe & Mail--time to “spill the beans.” Let’s get this thing out into the clear Canadian fresh air. Our current government is now engaged in a mission of massive social engineering.

it is in a “nut-shell” version: “Old Stock” Canadians are headed toward “dinosaur” community status. We are Justin Trudeau’s– along with whatever puppet immigration minister is in office at the time’s “relic” people.

Now, we flip to the b-side: A pro-Islamic ruling government. Pro-Sikh as well. A pandering to China government. One which permits illegal refugees to settle in Canada by way of tax-payer dollars. Citizenship for ISIS terrorists. Dozens and dozens of foreign-born, 3rd World MP’s in parliament. M103 Islamic Protection Government Motion. Billions of tax dollars to Iran, Somalia, and dozens of other African and Islamic nations.

And it is indeed possible that “we ain’t seen nothing yet”– and CAP will tell you why:

Despite media cover-up and spin, nations which are commonly perceived as the “poor and the suffering”—African and Middle Eastern nations–are in reality not as poor as Canadians would imagine.

Afghanistan? Did you know this Islamic fundamentalist nation has the second-fastest growing economy on earth?

How much money did Justin Trudeau trans-fer from the pocket of Canadian tax-payers to Afghanistan in the year 2018? Here it is, folks– $254 Million Big Ones.

Hit me baby one more time. How about the second fastest growing economy on the planet. This goes to Rwanda–at present the country is one of Africa’s fastest-growing economies, with 70% of the workforce in the agricultural sector, which remains the backbone of the economy.

Position # 3: Bangladesh– Trudeau tax fund trans-fer in 2018 : $132 Million Dollars. That’s just for one-year only. All these dollar figures have increased during Trudeau’s tenure as prime minister.

Media say nothing–they do not inform Canadians of the gigantic swing in economic stability in African-Islamic nations. CBC and the rest  do not inform us of which countries the billions are sent to. Yes, an interested party can research this area to find details–but none of it is voluntarily exposed by Canadian media.

Therefore, the following question is never asked, and never answered: Why is Trudeau and his Globalist Gang doing this? Why would our government “grease the wheels” of theocratic fundamentalist nations in this manner?

CAP will take a crack at this one: Because the people of these nations are the future of Canada–that’s why. Just as government and media puppets hide the fate of Anglophone Canada from our people, they hide what is coming next.

Fact: In terms of future population growth, African nations are the fastest growing countries on earth. Nigeria is set to explode in population over the coming decades– far outstripping population growth projects in China. How much money did Canada send to Nigeria in 2018 you ask? Try $133 Million Dollars.

Ever read this in the Toronto Star? Of course not– media are hiding the future of Canada from the  people of Canada. If permitted to do so, the ruling government of Canada will absorb millions upon millions of these people over the coming decades.

Which communities will be most damaged by this government-enforced, anti-democratic initiative? You got it, fellow patriots–it is Anglophone Canada. Add Christian-Canada to this as well.

So the government of Canada and the media of Canada are refusing to inform the people of Canada that one day–it may be less far-off than one imagines– white Canada will trans-sition to a minority community.

Ominous enough for you? Bad news–it gets worse. Upon our people’s transition to the dreaded minority community(don’t all current “minorities” say this condition is awful and terrible?), our people will find themselves unique among identifiable Canadian communities.

Anglo-Christians will be the singular group of peoples who are not indemnified by way of Multiculturalism and so-called diversity. In other words, society will still be free to trash us and brand us racist.

1 thought on “2020-2030: The Decade “Old Stock” Canada Transition To A POWERLESS MINORITY Community”